Azargun once served as a simple Yogan-ryi in service to his gemlord Nine-Pillars. In the long centuries after the Usurpation, the gemlords and volcano-lords consolidated their power to the east and the far west creating indomitable mountain ranges. This coalition sought to swallow Nine-Pillars as well, no longer it’s own thing, only another silenced and sleeping gemlord under the yoke of a volcano-lord. Great efforts were made to allow the Gemlord Feuerstreuen to exert his vast influence, Jokun carving chambers in the earth for him to grow into and carrying great bowls of sand to dump in the lands above.

As is so often the case when the weak triumph over the will of the strong, fate intervened. Oath bound to guard his protectorates, Feuerstreuen was decimated by the wars against the Balorian Crusade. The volcano-lords fought from on high with fire and wind before the very sky tore open with a deluge not seen since the time of the Primoridals. The cavern dug for Feuerstreuen collapsed and the water rushed into fill them and the valleys of Mikadzuki Provence. The Wyld flooded the South and wore upon the mind of Nine-Pillars, Azargun rallied the court and toke up the mantle of Kurōdo of the South Bank.

The battles were fierce and futile, but elsewhere, fate willed the war to end. The Wyldtides receded and Nine-Pillars was left cooled and crippled, its mighty peaks crumbling year by year. Azargun was left to command the crumbling domain of his lord. In these days, Azargun seeks to build some legacy of what remains. Working closely with mortals to dredge the mountains of wealth to build some monument that will remain when the last ember of Nine-Pillars hearthfire is snuffed out and it all collapsed into the Deep-Earth. Preparing the region for the endless fight that will be their inheritance with the bones and blood of the mountains. 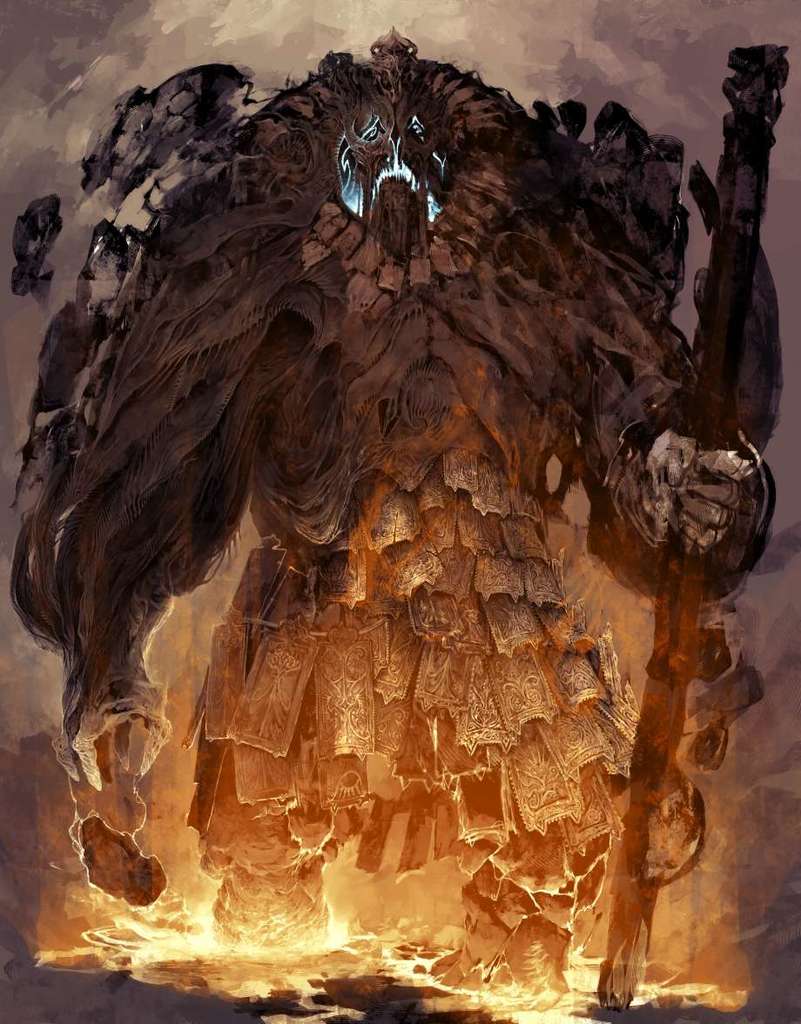