The story goes that Plestara met Obsidian in the Eastern Border Marches, fighting over a handful of lost mortals. They scorched groves, overturned the root torn earth, splintered immortal trunks, and amid the carnage the two warriors came to a realization. The terror and awe of the mortals had flavored the air and colored the currents of Wyld. It was then and there, so the story goes when Plestara tells it, that they clasped hands and strode into Creation once more to force their own place. A land of adoration and endless conflict.

Conflicts and negotiations were attempted with the Emerald Court. Blood was spilled with Haltan and Linowan. Then they found themselves in a place of destruction, death, suffering, and hardy survivors. Here power was respected and feared and here would they rule. Plestara brought with them many common fae he had pressed into his service. Those of the diplomat caste tasked with fanning the flames of discontentment between then neighbors and themselves. Artisans tasked with building up the Arena of Snags and then sent to serve Obsidian at his fiery forges. Such orders bore Plestara, entrusting his champions and their lanista to submit the needs of the people to Plestara to deal with or various commoners made subservient to both.

Plestara is wary for his nations safety, but still treks beyond the boarders to capture beasts and monsters for the entertainment of his people and to attract foreign eyes. Steeled by the knowledge that the gods have grown dependent on their rule and that they have begun to bow as they do no where else. That Obsidian stands before the land as champion and blood-letter, even as his hunts are never long nor unsuccessful.

The many tribes of the lands that would become Gossamer Stockade were and still are subjected to attack by both Halta and Linowa. A buffer state with only the suspicion of both the great nations, the people hid and fought in equal measure. Countless small shadowlands turned the forest into haunted swamps teaming with the hungry dead. The rage of the elementals manifested in strangling vines and poisoned barbs, sucking mires, and the spread of sickness.

Then they came. Monsters to be sure, the denizens of the land charged out and fought them, the beasts bested them, but spared their lives. Pressed them to join under their banner and fight in their shadow, as they spread it over hundreds of miles of forest and set about shaping the trees into dense walls with their fae magic, clearing paths and banishing disease. The people did not have a chance, their saviors crowned themselves lords over the Gossamer Stockade.

The Fae nobles spoke of how their power needed constant replenishment, joys and entertainment, to buoy them up to tear down the many troubles of the region. They decreed a tax of dreams, given gladly, they demanded a tariff of the same that could not be refused.

Generations of mortals have grown old and died now. Halta is wary of the region, Fae outside the pact who have constructed a fortified position that might attract other Fae from the Wyld. The Linowa view them as another barrier between them and Halta and frequently launch raids in the months of fire to try burning away the domain. The other Fae are largely disgusted in them keeping humans as pets rather than hunting their prey. The humans of the Stockade themselves have grown accustomed. The weak are content to tithe their dreams. The strong join their lords bedecked in gossamer gifts and terrible auras. 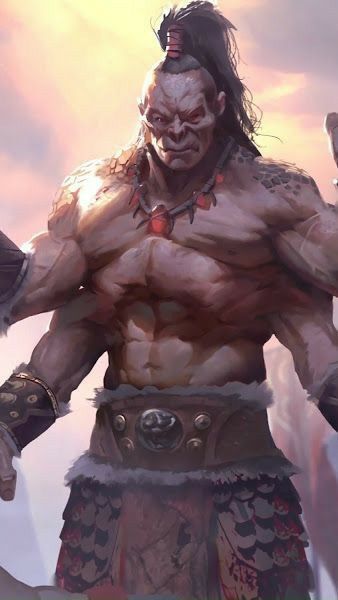