Should you stumble deep through brambles and darkened wood, you might find yourself in a realm of shadowed glades lit by spritely flare. A court held and a nest watched – a titanic winged toad with barbed hands warding the shadows of young swimming in glass globes. A hooked and barbed tail like the trunk of a redwood snakes and wraps around the eggs as it’s wide unblinking eyes settle on the interloper. Yet, the fangs never descend nor long inescapable tongue lash out. The queen simply waits to hear what the being has to say and studies it the whole of the time. The forest can be shifted and moved, but spying upon this intelligent life of Creation is worth the time. It knows it’s life is hers now, it’s touched the ground. She bids it ascend the trees and to go home. How many dwell above that are hers? What purpose does she have for them? Countless heroes have fallen before the Camaquen but the fae are known to be fickle.

She haunts their dreams and favors their nightmares. Some take on strange features such as bulbous eyes and oily skin or nails that grow sharply pointed. Many must leave their homes, constantly fearful they will be found out for their secret, of touching the ground and so marked. Yet, the Camaquen never comes for them – even as it visits the night battles of the ecotone of dreaming. Wrapped in it’s shawl of fairy fire it devours men and their shadows. It’s young glow and pulse upon her back and sometimes, when the screams are lost among each other, an egg cracks and a beast like the Camaquen flies high into the air and is lost to sight.

The lords of Halta know the Twined Camaquen to be of the Four Towers that now rule the Emerald Court. She abides the oaths and fights her kin as often as she visits the Dreaming Ecotone, yet she is largely an enigma. Some claim she is only a beast, more callow and base than her peers. Others suspect she has plans as cruel and twisted as any dreamthing. Those she owns, they keep their voices still and inwardly cower. They have seen her court and her young and know the monsters of the world are many. Whimpering Huaca as their curse and deliverance. The only thing that brings any peace, but at what cost this new gift of life from the Camaquen. 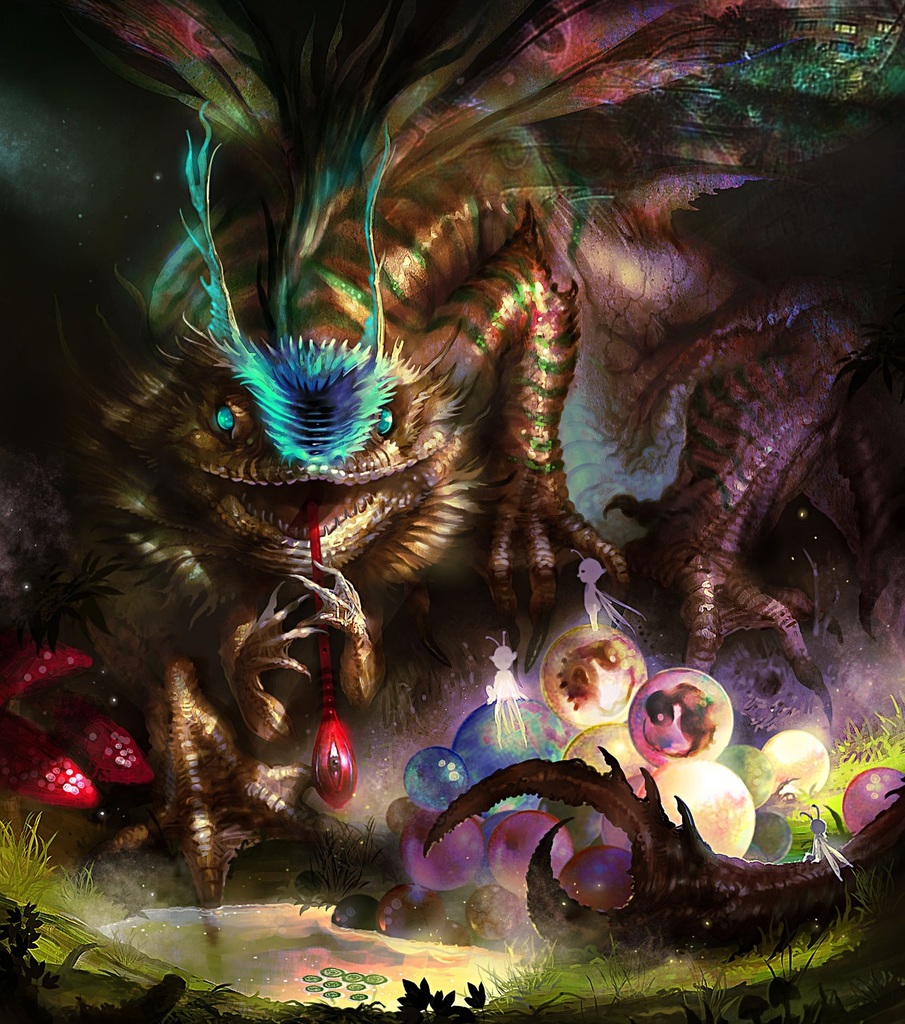