It began 2 generations ago in a small mountain valley village. The village of fertile mountain stone lies just 30 minutes on horse off the main mountain pass in a small fertile valley, enough space that the village can supply itself with food and animals, and with a narrow opening into it from the direction of the road, making it secure, but also off the beaten path ensuring there are not a lot of visitors.. yet this day, 90 years ago something unusual happened, there were visitors, and not just any visitors, no. The visitor was a exalt from the great nation of Lookshy, an air aspected dragonblood from the Gente of Amilar. Of course, such a distinguished visitor were above such mortals as lived in the valley, but they were still given the impression that it was not out of desire to visit the village itself that he came to visit, but rather something he seemed to suspect was in the far end of the valley. if he found it the story does not mention, suggesting that he did not. At any rate he left the village after two weeks, during which he had what can best be described as ‘local bed warmers’ seeking the favor of the dragons and the god by being friendly and welcoming to one of such standing. This coupling led to a child, Aten Makob’s grandfather to be exact. And all was normal, of course it was suspected that the coupling was the reason Atens grandfather was born but it seemed that neither he, nor Atens father became an exalt and the story was mostly forgotten and written into the books as a myth before one night when Aten suddenly exalted.

That night too was no normal night, but it was a much less happy night than when his great grandfather visited, as it was a bandit attack that had decided that the isolated mountain village would be worth the trouble of attacking. Defending his village, the threat and danger suddenly sparked something in him and he exalted as a Dragonblood of the air caste, the anima and his sudden presence largely made the bandits flee despite his inexperience and inability to do much against such numbers.

This was of course much beyond the village to handle, so once the situation had calmed down and the village had been repaired and the dead buried, he was sent to a local air elementals court as was on the top of the mountain the pass went through, to seek guidance and training.
This was a good 20 years ago, and now, after his training is complete he have been sent out into the world to gain experience and knowledge.

His goals, beyond wisdom learning and experience are to learn of his great grandfather, now that he knows there is a chance that he is still alive, in his still youthful mind he sees himself being welcomed with open arms and a happy ever after, this, of course, is something that are quickly fading as his deepest desire and dreams, to being merely a wishful thinking.
Secondly, he wants to prevent other villages and villagers from suffering from bandits like he and his village once did. And lastly to grow as a person, both in wisdom and learning, and in terms of good and evil. 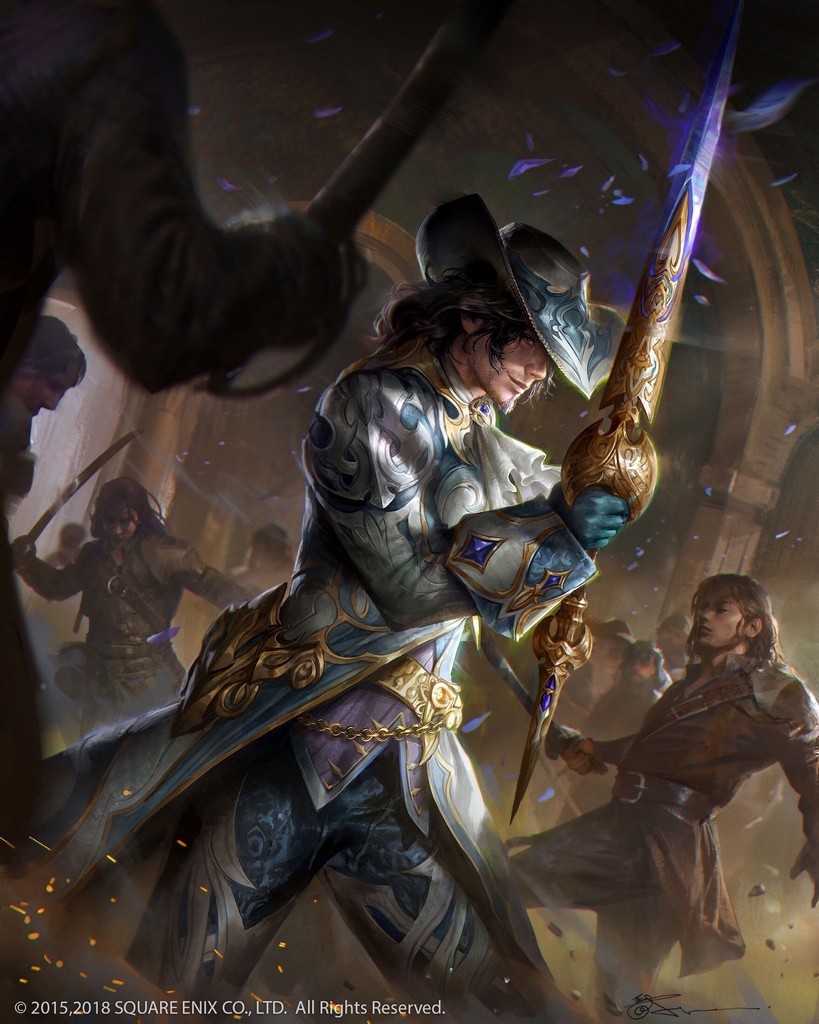