Urim has long been known for the dyes that paint her like the sunset. Yet, given enough time, every city will be marred by her children. Murders, bands of thieves, and cultists can leave their mark to mar the whole picture, the ink slowly fading over time as new layers are painted over and it is eventually forgotten. The murder is caught and executed or the thieves are finally dealt with in a time of peace. Exalts though, when they do not cut the threads of their mortality, they can do much to buoy up or deface the cities of their birth. Their long lives and broad brush not so easily forgotten or covered up.

Nayeli was born to the city said to be, “jeweled as the peacock”. A novice chemyst, he worked with wood and ore to refine dyes for domestic use and foreign export. Life was fulfilling… at first. As the years wore on there were no new dyes. A substance colored was still as it was, unchanged, only painted over or through. The work became drudgery. Nayeli protested within his house and guild, asking to seek new dyes, to journey to Atonement Fair for trade. He asked for an army to steal the secrets of blues that blended and were lost into the very sky from the Blue-Silk Raiders. In the end, all the masters laughed and said their was no profit in it and far too much risk. Nayeli was left with no support and in a dark mood left to seek new colors and methods alone.

It was not long after when tales of a specter of purple garbed in living blood were reported in the deserts south of Urim. Soldiers and would-be heroes sought the beast, leaving nothing but grey statues in their wake. 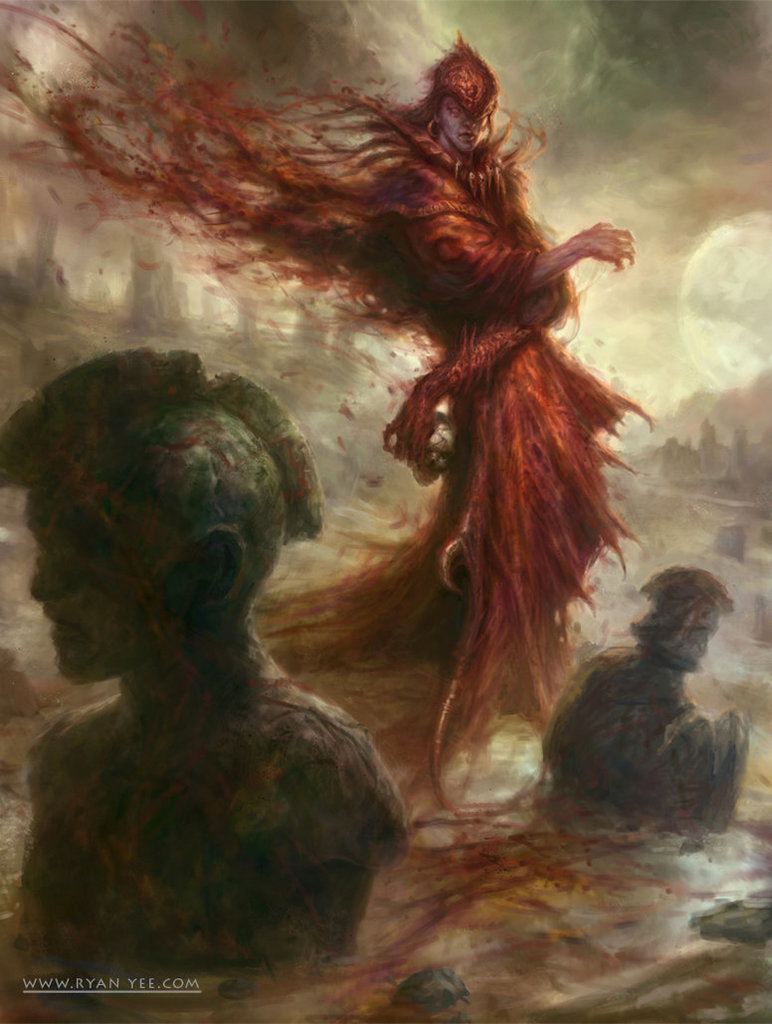