Territory is important. A land with none to tend it though, that's just a great magestic nothing... we need a few willing to tend to the people too.

We’ve suffered three great blows as a people. The first are beyond the memory or meaning to any save the eldest of the Elders. The Usurpation was a great extinction that saw only a few dozen of our clan escape desolation. A great reset that broke us as a people and we can only be thankful some few of our number abandoned everything to preserve what we have, to hold the knowledge and skill to prevent the dissolution of who we are across centuries of Wyld induced madness. In this our wounds teach us and strengthen us. It showed us we must work together. We are not as the Solars who stand alone in their majesty. We are a Pact and meant to work just as Luna’s many faces, as one.

The second great wound was when those who stole our stewardship failed utterly. When Heaven showed it’s great fallibility and the limits of it’s power. The Wyld Crusade that saw our number again cut back to a bare few score. Yet, it saw those who had cast us out, they broke their beak and dulled their claws. The stewardship was again ours to win and ours to guard. We could again guide the people and walk among men. Those reborn, our hands found them first more often than not now. It was no longer a blessing of Luna to have another join our number, it was another battle well fought and won.

The third…the third great would is one that still pains me deeply as most of you well know. Ingosh was the rock, the ever guiding hand that withstood every other trial. Held us together and strong even as empires rose and fell. Yet, we grow stronger after every wound. Ingosh’s sacrifice has given us an opportunity to silence the dragons. To grasp firmly our mandate. To never again yield a reborn mentor, friend, or lover to their fangs. We find the Realm broken as the Shogunate without their arms or lost technology. Our Elders have collected and rebuild much of what was lost, taken it from the claws of dragons and dreams. We stand on the cusp of a Silver Age if only we can stand firm and honor The Hoary Bear’s legacy.

The East is the most populous of the five Directions. A sacred ground that neither the Realm nor Lookshy have been able to hold. Afore any other, it is the cradle of our kind, and in it’s wildness, our nursery as well. Ingosh had ever held his seat in the East. It is by His wishes that I travel these lands to find and guide the young who have awoken far from their nests. Crying out on the forest floor, lost and in need. Ara treks the South doing much the same, walking the path of a sojourner. Less the glory than Sword or Seer, but I wish we had more of us to guide the lost in these times of war. 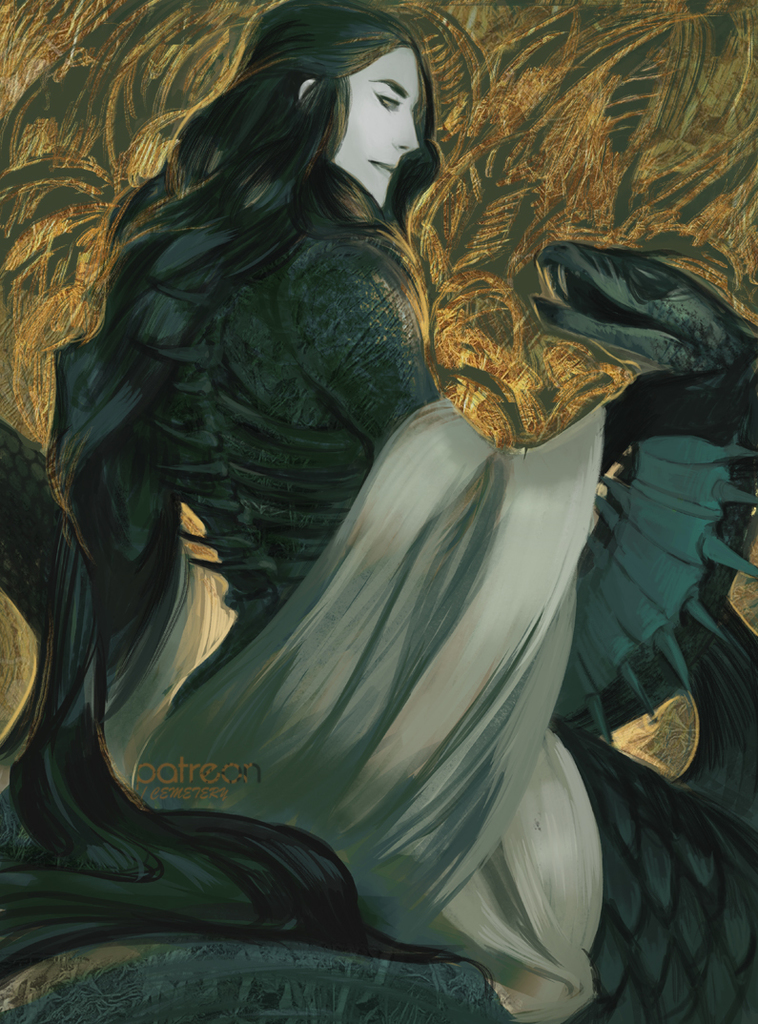